Spring  is definitely my favourite time of the year! Not only because blossoming trees are colouring with pink, yellow, pearl white and light blue our beautiful marchigian hills, but also because with good weather conditions, the sightseeing season is finally open! In Italy, the first weekend of Spring is usually dedicated to the interesting event made up by the FAI, Fondo Ambiente Italiano. Indeed, the Saturdays and Sundays after 21st March, namely Giornate del Fai, ensure a wide choice of monuments, unusal buildings, villas and other sights normally closed to the wide public. The FAI was funded in 1975, following the example of British National Trust, as a non-profit organization. Beside caring for maintainance and promotion of Italian historic and artistic heritage, it organizes also open days.

Le Marche is no exception for it, of course. Today we introduce a spectacular, hidden place that was closed to the public in previous days, but fortunately ended up to have regular visiting hours: Oratorio San Giovanni Battista, in Urbino. 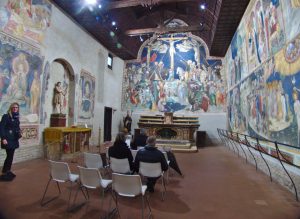 This Oratory, dating back to the 14th century, was originally run by lay brotherhoods, and dedicated to the help and the cure of the sick, poor or mentally ill. Upon entering, the effect is terrific: what a splendor of colours! As the Sistine Chapel in Vatican, you don’t know where to begin to admire these dazzling frescoes. Luckily enough, there’s a tourist guide helping us, by suggesting to close our eyes, and then re-open them to better experience the darkness of Middle Ages. Houses were always closed, so that little light came in and in the evening the oil lamps or candles were the only source of light. But if we were the ones that were gobsmacked, what about those medieval men?

The fabulous artists beyond these masterpieces are two brothers, the Brothers Salimbeni from San Severino Marche, who were asked first of all to paint the two Madonnas on the left wall. This assignment was like a test for these two painters, and they definitely passed it! Indeed, they proceeded with the Crucifixion and the rest of the oratory’s walls. Characters are incredibly alive: John and Mary Magdalene shrieking with dismay at the crucifixion is really a must-see scene. 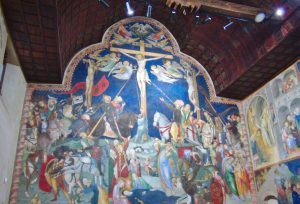 The right wall tells the whole life story of John the Baptist from his birth to the moment he is doomed. Once again, the details are striking, with the artists not only presenting people but also nature. 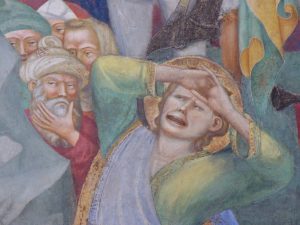 Medieval frescoes were the only “literature” form for the time: the facial expressions, the use of colours and symbols were the mean to teach biblical episodes. To make the story even more interesting, Lorenzo and Jacopo Salimbeni painted every fish in the Jordan and hid little birds in the bushes. Let’s see if you can spot them!The brothers tried to create movement and perspective on the basis of different materials and light incidents. 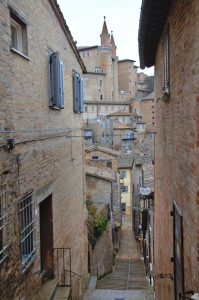 With vivid colours, pearls and golden leaves that create a majestic story line, these frescoes are probably the best representatives of the international Gothic in Italy. They may not be so famous, but they had talent, the Salimbeni brothers! Once outside we can still enjoy the beautiful view of Urbino.

[…] we are (already!!) again ready with the FAI days. On time as every Spring and Autumn, the FAI allows visitors to discover hidden places all […] 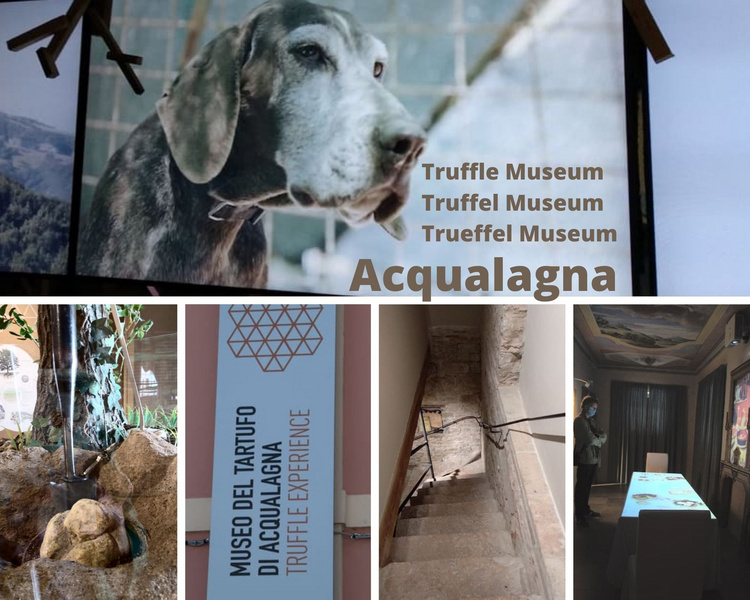 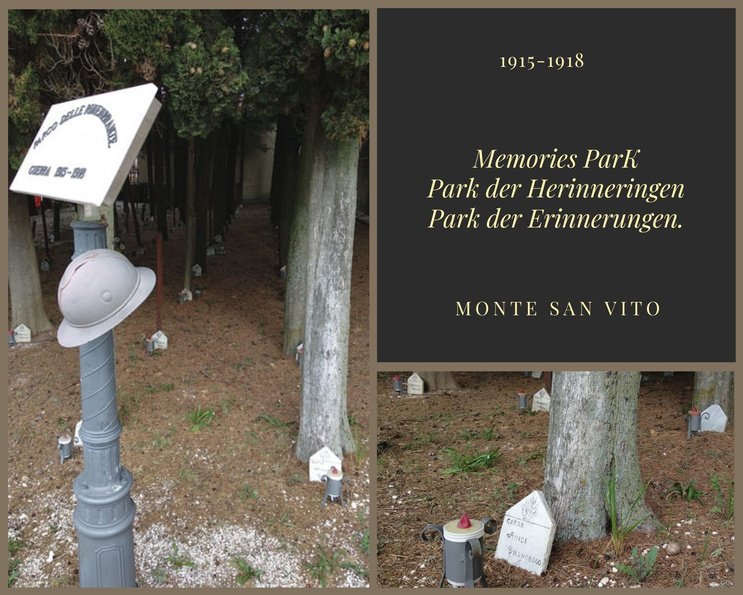 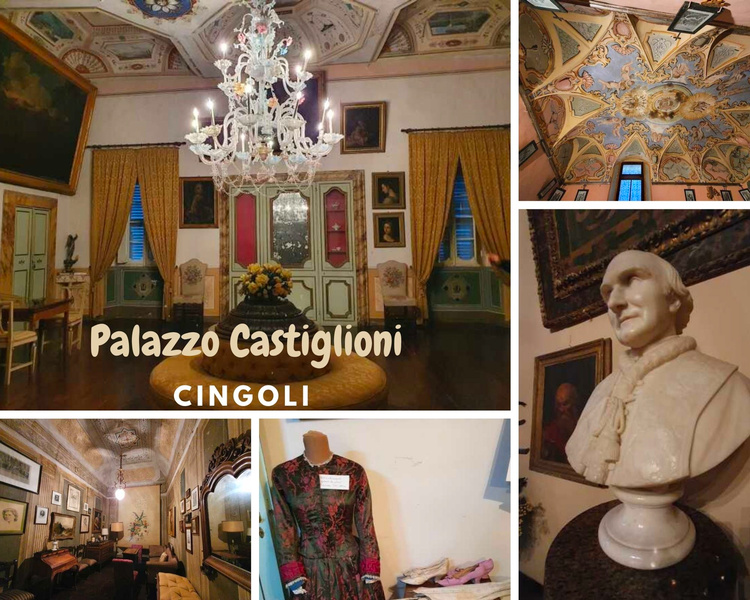