A peaceful walk to the San Damiano cave 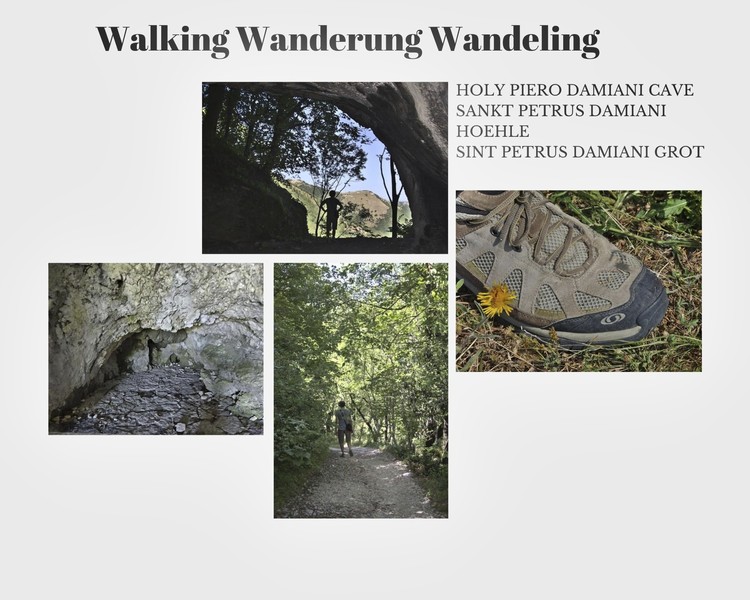 Today we bring you to one of the abbeys that are typical of central Italy – those hidden and immersed in the vegetation, that only if you specifically look for them, you can see! The walk today starts from the Abbey of Saint Damiano.

Piero Damiano was born in Ravenna in 1007. He became a teacher, but felt increasingly attracted to the monk’s life. In 1035 he met two hermits from the Abbey of Fonte Avellana in Ravenna, and impressed by their austerity and modesty, he decided to enter the monastery as well. Here he was soon assigned to teach the novices.

After this he would stay at the San Vincenzo al Furlo Abbey (which we discussed in our Via Flaminia article) where he wrote the Vita Romualdi, about the life and teachings of Saint Romuald. In 1043 he returned to Fonte Avellana Abbey to be elected prior. He would stay here for 14 years. This was followed by several years of service to various popes, but much to his relief he was able to return to Fonte Avellana in 1067. Unfortunately 2 years later he was called back to fulfill assignments, where he would die in Faenza in 1072.

The Camaldolesi order to which he belonged had a high priority for hermits. That is why Saint Damiani liked to retreat to a cave, located about half an hour from the abbey itself.

There is a large sign with explanations in the parking lot of the abbey of Fonte Avellana. To the left of it, the path to the cave starts. 50 meters further you reach an asphalt road, cross it and continue up the dirt road. You have a beautiful view of the abbey here!

You keep following this path, mostly in shady forest! The path is well maintained because timber is being extracted here!

At one point there is a sharp turn to the right, in that bend there is a path to the left that leads to the cave in question. If you look closely you can already see the rock wall.

From the cave, St. Damiani had a wide and special view of its mountainous surroundings.

There is an altar in the cave on which some believers left prayer cards. A beautiful place where the silence clearly dominates, not a single sound except for a few birds and the loud cicadas you hear here. No wonder the saint liked to retire here!

We will retrace our steps to the abbey, where we will visit but that is for the next blog.

You do not need any fitness for this hike! Approx. The journey takes 30 minutes there and 30 minutes back.

Hiking to the natural lake of Pilato
Tartadays in Numana

When in the maze, forget the map and get lost!
Monastero di Fonte Avellana