All roads lead to Rome, or at least that’s how we learned it at school. In fact, all roads left from Rome and among those, the most important to the north was Via Flaminia. Laid out by censor Gaius Flaminius in 220 BC, this Via of Rome passed through Umbria, the Apennines, eventually ending in Fano on the Adriatic coast. From there one could then continue to Rimini.

Initially, the legions used the Roman roads, but later the market traders and travelers also made good use of it.

The Romans built their roads just as wide as to allow 2 carts next to each other, hence 4 to 6 meters wide. The builders first made a 1 meter deep channel, which they then filled with sand, small stones and gravel, on which large pavers were placed. The roads were higher, allowing rainwater to drain easily to the ditches that had been dug on either side of the road. In areas with a soft, wet bottom, the roads were reinforced with rows of wooden posts.

They were also very well maintained; Emperor Augustus had all bridges rebuilt and under Emperor Vespasian a new tunnel was created in the Gola del Furlo, a gorge south of Urbino.

After the fall of the Roman Empire, many Roman roads disappeared because they were barely maintained. During the Renaissance, but especially during the reign of Napoleon, a comparable good road network emerged in Europe.

Our fellow blogger Isabelle and her husband Erik decided to follow the entire Marchigian section of Via Flaminia to Fano. After all, the majority of the route still exists, namely the old road from Rome to Fano.

This is what they told us: “We left Pontericcioli, (part of Cantiano) near the Umbrian border. Here we looked up the Roman Ponte a 3 Archi (the 3-arch bridge). With the help of Google Maps and the somewhat less good signage, we discovered a small parking option. From there it was only a few minutes on foot to the Roman bridge. Here and there we also walked on the old pavement. We learnt from a sign that had seen better times that this was even a cycle path to Umbria.

Then we drove through Cantiano, a picturesque town, known for comparing its visciole or wild sour cherries to the amarena. We explored the pleasant town with the numerous terraces and nice alleys. However, the Via Flaminia museum turned out to be closed, as can be seen from the cobwebs at the door that must have been there for a long time.

The parking was therefore only intended for customers, but a little further one could safely park along the road. To our surprise, the Ponte Grosso was still part of the old Flaminia, the current traffic just drove over it. Imposing that those bridges already had 2000 years on the counter.

We then drove through Cagli, but the Flaminia museum was also closed there. Just outside the town, towards Acqualagna, we found the Ponte Mallio after paying close attention. Another fine example of impressive Roman architecture that survived even many earthquakes!

Vervolgens bracht de Via Flaminia ons bij de abdij van San Vicenzo al Furlo. Then Via Flaminia brought us to the Abbey of San Vicenzo al Furlo. We were here 20 years ago, but without the current recreation place, picnic area and bar. Fortunately, the abbey itself kept its beauty and simplicity. Of course, stones from Via Flaminia were also used for the construction of the abbey. Founded in the 10th century in a Romanesque style to be rebuilt after the destruction in the 13th century. San Romualdo, which we repeatedly mentioned in other articles, would also be here for a while. Inside, the staircase stands out, which goes to the part where mass is held. The 14th century frescoes are also well preserved.

We were now approaching the most spectacular part of the Via Flaminia: the tunnel at the Gola del Furlo, the Furlo gorge or pass between the Monte Pietralata (889 m) and the Monte Paganuccio (976 m), formed by the river Candigliano . A beautiful piece of nature where you can also walk and paddle.

The tunnel is once again a testament to the ingenious building skills of the Romans; 38.30 m long, maximum width 5.47 m, height 5.95 m; completely carved into the rock using chisels. This forulum (small hole) in the mountain therefore gave the name to the Furlokloof. Next to it is a smaller tunnel, popularly attributed to the Umbrians or Etruscans, making it much older than the large one. Today, the small variant is dated earlier in the period between Emperor Augustus and Emperor Vespasian. Probably devised as an emergency solution to keep the road passable during landslides. In the large tunnel, 2 carts could drive side by side, the small 8 m long, max width 3.90 and max height 4.45 could only accommodate 1 car.

No problem to park our car and reach the tunnel on foot. With a beautiful view of the Cantigliano river. Then we drove through the Roman tunnel. Would the Gotthard tunnel still exist in its original form within 2000 years?

Via Flaminia then brought us to Fossombrone, a town founded by Caius Sempronius Graccus, with many porticos and archways. Always nice to walk through it to get a taste of the atmosphere and to eat an ice cream ..

Just outside Fossombrone, towards Fano, we looked for the archaeological park with the remains of the original Roman road. Unfortunately it turned out to be closed, but there was enough visible for a photo.

Net zoals de Romeinen beëindigden we de reis in Fano, een kleine Just like the Romans, we ended the trip in Fano, a small settlement created in the 1st century BC around the temple of the goddess Fortuna. After all, she gave the Romans victory during the battle of the Metauro against the Carthaginians led by Hasdrubal, Hannibal’s younger brother. In the year 9, Emperor Augustus built a city wall there and named it Colonia Julia Fanestris. A gate and parts of the city wall are still there.

In deze huidige mooie badplaats, opende men een aantal jaren geleden het A few years ago, this beautiful seaside resort opened the beautiful Via Flaminia museum in the old San Michele church. A modern multimedia museum that actively involves you in the history of Via Flaminia.

Incidentally, Fano is known as the oldest carnival city in all of Italy! We already reported on this in an earlier article.

We zocWe searched in vain for the Roman legions, but were impressed by their knowledge of building roads without a computer! The Romans weren’t that crazy after all! 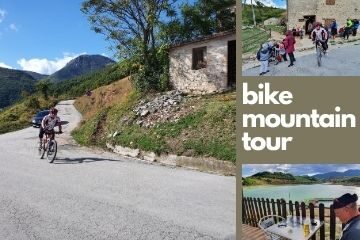 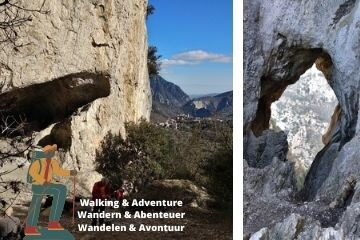 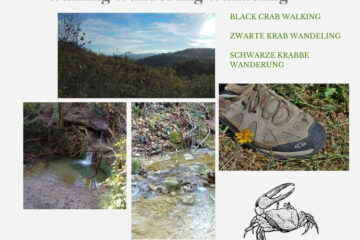