Some time ago, we started to introduce 2 of the 9 “Castles” of Arcevia, Caudino and Nidastore.

Since Christmas season has already started, we would like to talk about another of these “castles”: Castiglioni. This hamlet gives, indeed, its best with “Presepe dei Presepi” festivals; a display of nativity scenes all around the old village.

They use a variety of materials such as stones, wood, corks and even noodles to create the most original crèche.

Therefore, Castiglioni is always a fixed hiking destination for the hiking group of Cupramontana in winter, in which fellow blogger Isabelle go along. In the morning, when the group arrives, it is still quite quiet. In the evening, Christmas music sounds in the background and the whole place sparkles of Christmas atmosphere.

Sometimes you meet one of the crèche-makers, and if you are lucky, you can get some tips on how to build your original nativity scene.

Castiglioni or Castellionis, as it was called in the 11th century, is now a cosy, well-preserved castle village with 15th-century defensive walls and charming medieval streets.

In the church of Santa Agata, when it is open, you can admire an important 16th-century painting by Ercole Ramazzani, the Madonna and Rosary.

The village’s shared wood-burning oven still works and is still being put into operation on special occasions, such as the “Bread festival” in October.

If you cannot make it to Castiglioni at pre-Christmas time, then an alternative is to visit during Corpus Domini (Corpus Christi, the 2nd Sunday after Pentecost), when the place is decorated with flower carpets by the residents.

Just outside the city walls is another 13th-century church, the Madonna della Piana, where you can admire a 15th-century fresco depicting St. Sebastian.

The nativity scenes of Castiglioni can always be admired from mid-December to Epiphany on the 6th of January. 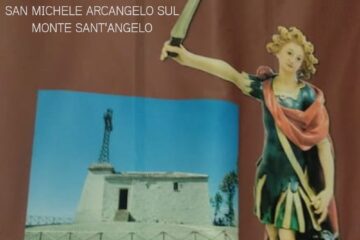