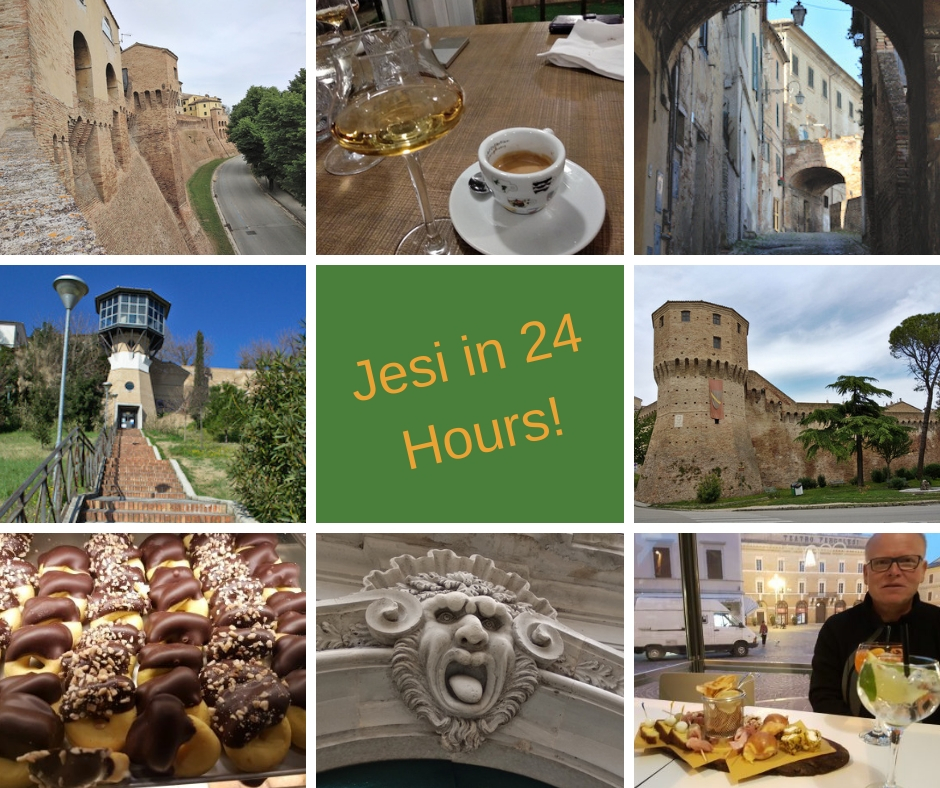 Jesi has always been the reference town during my young age. It is the centre for schools, shopping, history, night life and much more. With its 40.000 inhabitants, Jesi is one of the main towns in the area of Ancona, and with its famous “Palio di San Floriano”, it becomes more central than ever.

According to the legend, it was founded by the Greek King Esio, even though we are quite sure It was thanks to the Umbrians who then lost it to Senonian Gauls in the 4th century BC. After the game changer Battle of Sentinum, the Romans conquered the entire area and founded the Castrum Aesis.

Jesi was from the very first moment a central power, especially when it came to the government of the so-called castles around the municipium. However, none of the villages were castles with an aristocratic family ruling over them, rather villages with high walls, quite confusing, I know 😉 These castles are nowadays the protagonists of the Palio, as well.

Throughout the history, Jesi also became the birth place of the Emperor Frederick II in 1194, which made the town emperor-minded in the future riots between pope and emperor. It was part of the Papal States, the French rule, and eventually, from 1860 it became part of the unified Italy. It was also important as an industrialized centre for the silk industry.

Having all this history in mind, we can now start an explorative journey in Jesi:

Breakfast in Jesi has for me a bittersweet taste. It was indeed in Jesi that I used to have my blood test (very annoying for a child), but what made the thing much more likeable was the big breakfast that I would receive after it.

Here we are in Zoppi, the real paradise for croissants, cookies and patisserie. The bar is almost 50 years old, and the friendly service has never changed since! Breakfast is not the only thing that you can taste here; if you’d like to make a good impression on your guests, bring them a cake from Zoppi, they won’t be disappointed!

Now we move to the city centre! We can park for free at the parking in Porta Valle (the bus terminal) and start our exploration! You can already see the imposing city walls from the 15th and 16th centuries and that will lead you through the old medieval Jesi. We could of course describe a path that you could follow, but..where’s the fun? You can expect a beautiful garden, old architecture and even remains of a Roman theater and a Roman cistern. Don’t be scared, it’s quite impossible to get lost in this medieval maze, either you end up in the centre or in the big square.

If you prefer following a path, reach Porta Bersaglieri, walk along the wall and enter a small street on the other side, Vicolo Mastella. At the end of the alley you reach the city walls again, re-entering the historic center via the Porta Garibaldi. And here we are in Piazza Federico II, where it is said the Emperor Frederick was born. You can read inscriptions (even in Arabic), to remember this important event for Jesi.

The piazza is very much linked to the Emperor. The big statue of Federico II is right in front of the museum dedicated to this important character. Not to be missed! We have already talked about this museum, and its incredible technological assets.

The piazza is a beautiful example of two opposite powers: the one from the politics, and the spiritual one, which is represented by the Diocesan Museum located in Palazzo Ripanti (18th century) and the Duomo of San Settimio (named after the Saint Patron of Jesi). The Church stands where once there was a 12th and 15th century Cathedral. The modern bronze gates (2004) immediately stand out in the otherwise 18th century cathedral. Pay attention to the details!

Inside, our eyes immediately fall on the 2 marble lions that once stood out at the entrance to the old cathedral. San Settimio is of course also laid out here and is commemorated for 4 days each year from 22nd September with a huge annual fair. The arm of Saint Romualdo can also be admired here, the saint for whom Fabriano and Jesi once fought fiercely. Oh and then we even see a play corner for the children, so that they can play during mass.

On the main street Via Pergolesi we pass the arch that remains of the 16th century house of the rich Verroni family. Now look on the ground, a somewhat larger square cobblestone catches the eye …. this is the highest point of Jesi, 96 meters high.

Our tummies are slowly rumbling and we finally reach the Piazza della Repubblica where the Pergolesi theater stands majesticly. Pergolesi, a famous composer, born in Jesi on January 4, 1710, died young but gained world fame with, among other things, his Stabat Mater. A beautiful historical theater that has had numerous performances and performances non-stop since the 18th century. The medieval part is now behind us and we enter the 18th century.

Near the theater, Numero Uno is a foccacceria in Jesi. Here we decide to eat and drink, plenty of focaccias, it’s hard to choose! They are made with very typical local ingredients, you should give them a try!

If you miss some culture in this 24 hours in Jesi, we can suggest the Bank Museum (of which we already talked in our blog), or the Art Museum, the Pinacoteca of Jesi.  Unfortunately, we are not allowed to take photos here, which is a shame because the palazzo Pianetti (18th century) where the museum is located turns out to be a gem, especially the large gallery with rococo frescoes and piece of work that is always a surprise! Important paintings are the works of the 16th century artist Lorenzo Lotto.

Also to admire the original altarpiece of Agabiti that once hung in the church of the Eremo dei Frati Bianchi, the cave monastery in Cupramontana.

Which better snack that an ice-cream? The Gelateria Ciro&Pio has been a central point since 1952 for all jesini (inhabitants of Jesi) and beyond. Homemade ice cream with the best ingredients, even for lactose-free and vegan requests!

This is the time in which the shops are opening, then you should definitely go shopping along Corso Matteotti. What we used to do as teenagers was to stroll along this main road, and do the so-called “vasche”, i.e. walking back and forth from the Arco Clementino to the main piazza.

Aperitivo time! My favourite place is Caffé Europa, which is however not in the city centre. It has a wide range of food, which is almost closer to a dinner than to an aperitivo. If you would like to stay in the centre, Caffé Imperiale is also very good!

Dinner, we choose Dietro le Quinte (behind the scenes) that is located next to the theater: a kitchen that is not too traditional and a cook likes to experiment with international dishes. A cozy interior, where you can also sit in the veranda or garden in the summer. Reservations are definitely recommended during the weekend.

Those who still want to go to the pub can go to Jack Rabbit, which we already introduced in our blog. 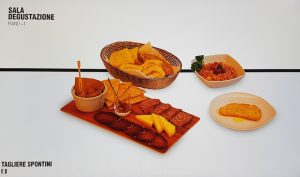 – During the tourist season, the Tourist Office organizes guided walks on fixed days, also in English. Always interesting to experience, for example you can visit the theater and the historic library.

– Buy a ticket for a performance at the Pergolesi theater, quite an experience.

– Those with mobility problems can always park on Via delle Setaiole, here is a lift that takes you up to the historic center.

– Visit the Institute for Marchigian Enogastronomy, the IME, where you will get an explanation of wines and products from Le Marche. You may end your visit with a tasting of those special products.

The historic “Mille Miglia”
The mythical Abbey of Saint Urbano